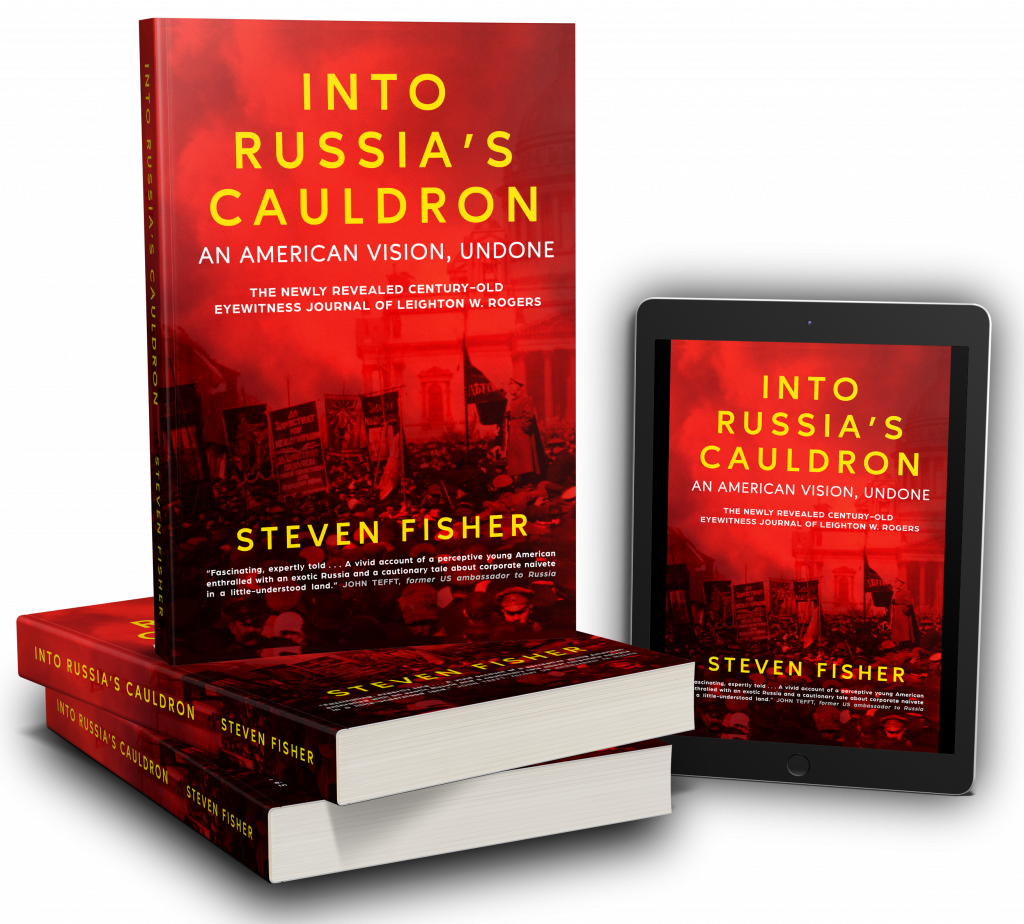 Late in the night, the new Russia made itself known

Praise for Into Russia's Cauldron

"Steven Fisher has given us a fascinating portrait of Petrograd (St. Petersburg) during the Russian Revolution, seen through the recently discovered journal of a perceptive young American banker, Leighton Rogers. Expertly annotated, the book chronicles the work of the National City Bank in Russia from the heady inception of its Petrograd branch to its calamitous, nationalized end at the hands of Lenin's Bolsheviks. Fisher's book is at once a vivid account of a young American enthralled with an exotic Russia and a cautionary tale about corporate naivete in a little-understood land."

“Steven Fisher’s meticulous presentation of Leighton W. Rogers’ spirited chronicle of the Russian Revolution combines the freshness of eyewitness with the hard-won wisdom of a century’s hindsight. Into Russia’s Cauldron is a resonant and engrossing work, written with judicious affection and great style.”

“As enticing as a thriller, Steven Fisher, a long-time Citibanker, has framed a riveting and elegant diary account by one of his predecessors who lived through the Russian Revolution in 1917. Into Russia’s Cauldron presents a young American banker’s fascinating eloquent insights into a grim revolutionary drama. Astonishingly, rather than disaster, bankers saw opportunities, but wrong they were. Gradually, this highly observant American realized the brutality of the Bolsheviks and eventually he had to flee.”

“I loved this book! A vivid account of revolutionary Russia as told by a young American banker in St. Petersburg in 1917. America’s largest bank anticipated rich rewards in Russia but instead became caught in a maelstrom. The nationalization and large losses that followed provide a fascinating cautionary tale with lessons still relevant today. Here is a must-read saga for anyone interested in Russia.”